Introduction: Ivy is an evergreen plant that is native to Europe, Western Asia and Northern Africa. It is commonly found in woodland, urban areas and parks and gardens. In the UK, we have two common species; Hedera helix ssp helix and Hedera helix ssp. hibernica.

Leaves: Ivy comes in two different forms: juvenile and mature. Juvenile Ivy has dark green, glossy and veiny palmate leaves with between 3-5 lobes and a pale underside. Mature Ivy has more cordate shaped leaves without lobes but is of a similar colour.

Flowers and Fruit: The flowers of Ivy are only produced by mature plants. They are yellowy-green and form in umbels between September and November. The fruits of an Ivy plant then ripen between November and January, forming black, berry-like fruits that also grow in clusters. 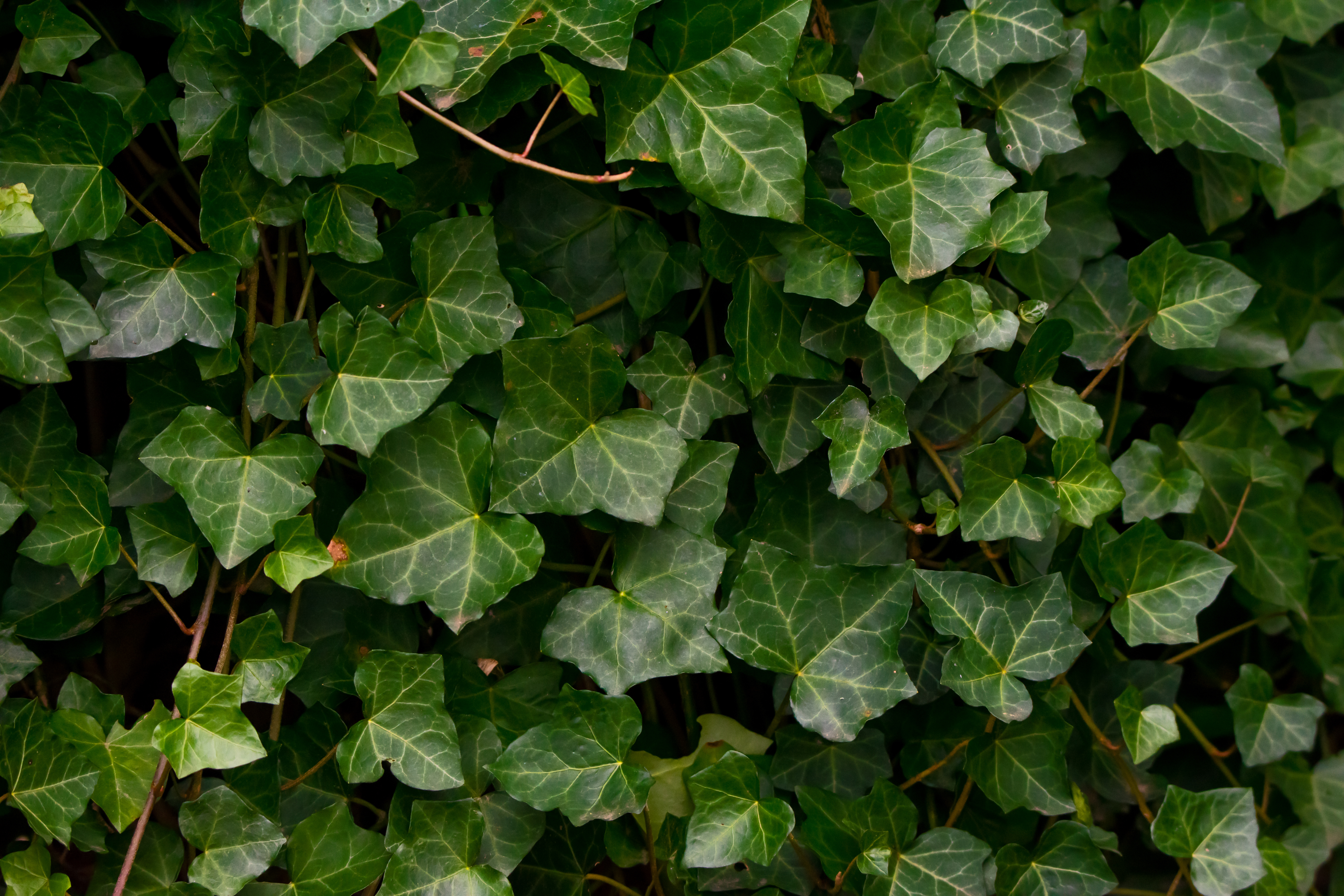 Despite the common misconception that Ivy harms trees, Ivy is, in fact, not parasitic. They are woody climbers that have their own separate root system and absorb their own water and nutrients. Ivy is also commonly thought to indicate that a tree is unhealthy or makes it dangerous, although it is not proven to do so. A dense growth of Ivy can, however, damage trees indirectly due to its heavyweight.

Ivy has a significant amount of ecological importance despite its invasive nature. The nectar, pollen and berries of an ivy plant are an essential food source for many birds and insects as their berries have a high-fat content which makes them extremely nutritious. It also provides an important food source for insects such as bees and wasps who will feed on Ivy before they go into hibernation. Ivy additionally provides essential shelter for many birds and small mammals while also attracting many rare insects due to its flowers. Despite the berries of Ivy being favourable by birds such as Thrushes and Blackbirds, mature ivy berries are said to be poisonous to some birds.

Ivy is considered to be an invasive species. It spreads vegetatively outwards through long vines which then root themselves into the ground. Unfortunately, not much stands in the way of Ivy spreading as it climbs over any surface in its way (including climbing up tree trunks!). Once Ivy matures, fruit in the form of berries is produced which are then eaten and distributed by birds such as starlings, sparrows and robins.

The best way to control the spread and reproduction of Ivy is to physically cut or better yet, remove, the evergreen plant. The simplest way to remove a juvenile ivy is to pull the roots out by hand while wearing protective gloves and clothing to prevent yourself from developing dermatitis. This is because juvenile Ivy’s roots are less deep-rooted than those of a mature ivy. To remove mature Ivy, it may be more difficult and may require the use of some tools. When Ivy is growing on trees, it is important to remove all vines from the lower tree trunk as this best controls them. These vines are more difficult to remove and may require tools such as pruning saws, axes and forked garden tools. You should make sure to remove any roots from around the base of the tree to reduce the chance of the Ivy continuing to grow.

Chemical control is possible, but it has been proven to be less easy and often doesn’t have as successful results.

Ivy considered to be a symbolism of fidelity and priests would once present wreaths of Ivy to newly married couples. This has been carried forward with the tradition of a sprig of Ivy being including in a bridal bouquet.

The relevant legislation regarding bats in England & Wales is the Wildlife and Countryside...

What is Japanese Knotweed?

Chemical treatment is the most effective way to control Japanese knotweed and it is...

The Importance of Daily Checks on Vehicles and Machinery